It’s cooler outside this morning with the temperature at 60 degrees (F), cloudy skies and wet from raining most of the night. I fixed a cup of coffee, grabbed a Hoyo De Monterrey Short Corona from ’98 (thank you B!), and headed out back.

Having a box pressed shape, the cigar felt very light in the hand making me think it may be under filled. The wrapper was coarse with a patchwork of veins that had a slight green tint. I punched the cap and was happy to find the draw perfect with a taste of mature tobacco and a hint of mint.

Once lit, the smoke was quite mild with tastes of cocoa and black licorice and no spiciness to be found. The first third was consistently mild, and had a nice finish. Around the halfway mark, the strength picked up only slightly and a smidgen of spice appeared, however still mild to my palate. There seemed to be a taste of sweet hay, maybe grassiness in the smoke as well.

I would say that this cigar may have reached its peak in age, however it’s difficult to tell, as I’ve not had one with less age on it. Most HDM’s though, are stronger with a bit more spice. I did enjoy this smoke as it had very good flavors, but just not enough strength in the smoke. But, good for a morning smoke with a nice cup of coffee. 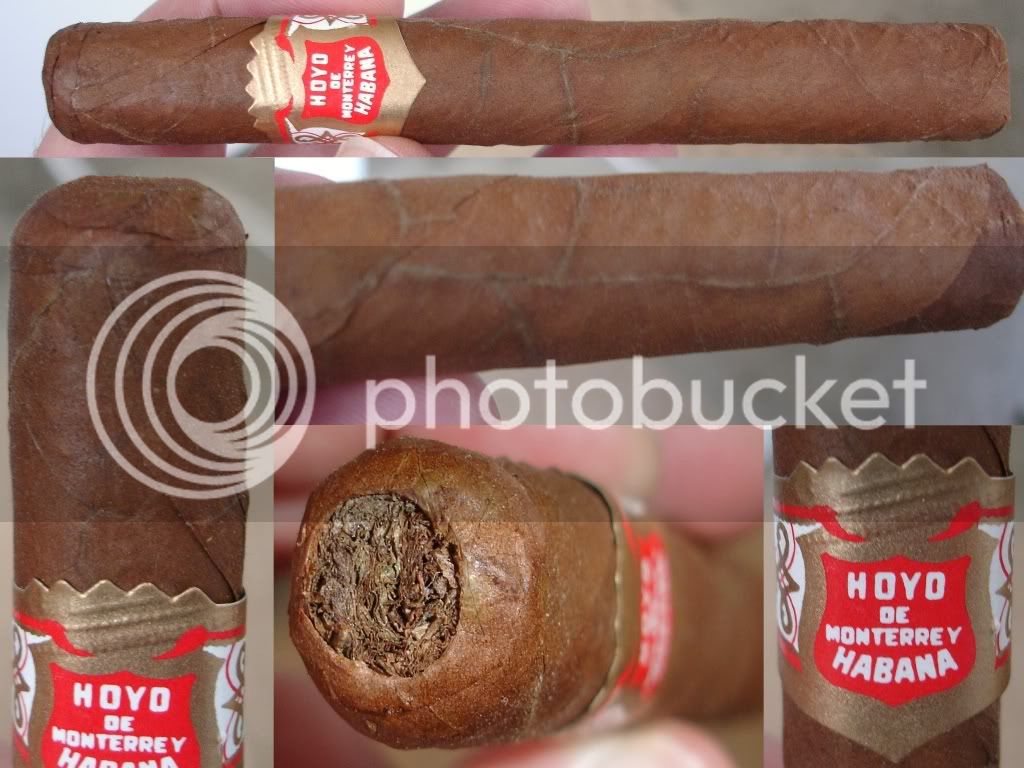 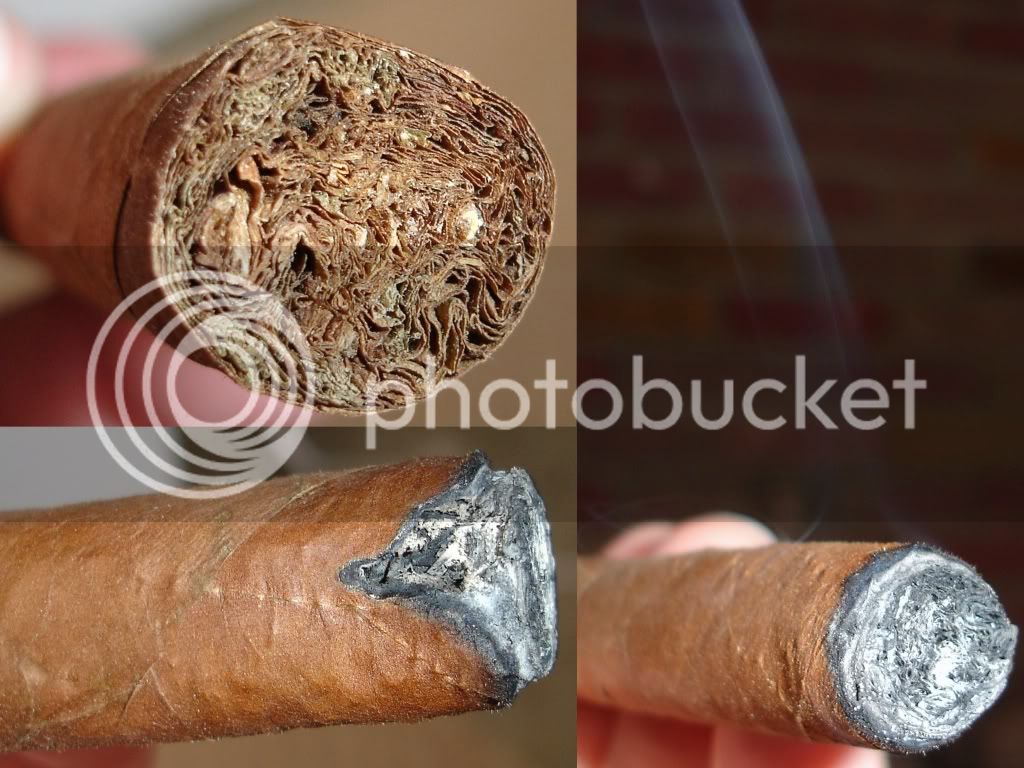 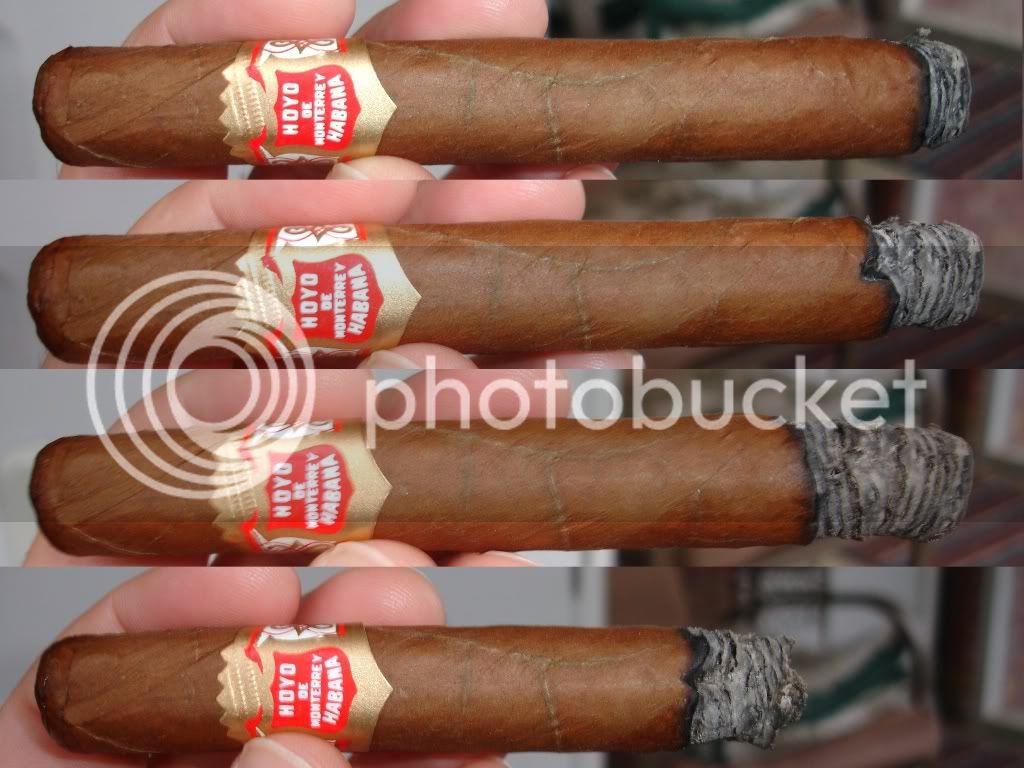 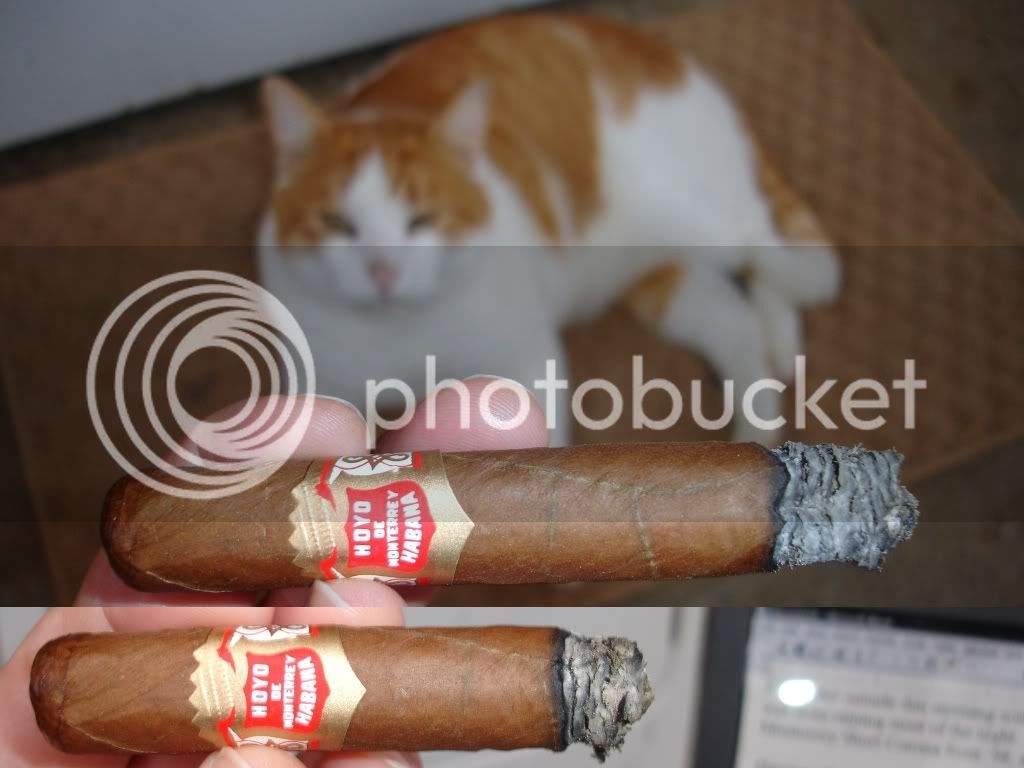 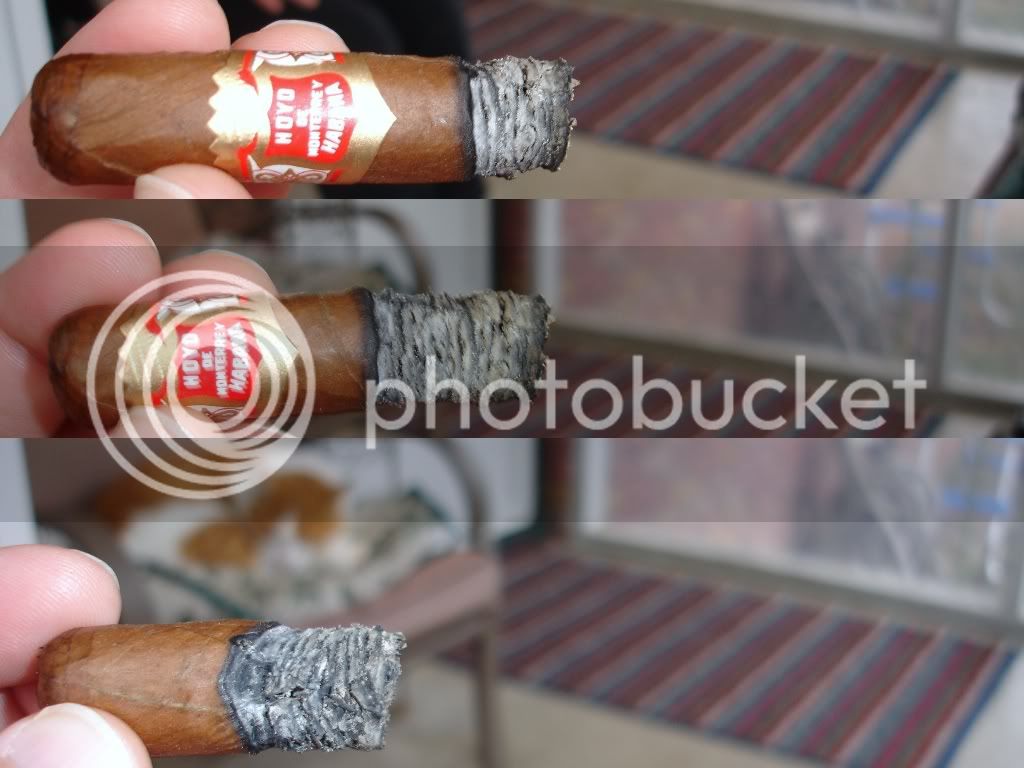 I swear, that cat is one day going to jump up and take some cigar from you and write a review. Every review you post, that cat keeps getting closer and closer and meaner looking. Watch your ass!!
L

Nice review Greg. I have only had one of these before and I had one too many drinks to remember what it tasted like

That's a remarkable wrapper. Very cool. Thanks, as usual.

Thanks for the review. Looks like a nice, mellow morning cigar.