I have sad news.

I found out late Friday night that Brian had left us on Thanksgiving day. He passed after fighting MDS for about a month. Sorry for not posting something sooner, but he was not one to have something (his illness) that he felt was private posted publicly.


I truly will miss him and Cigar Pass will seem not quite the same for me knowing that we will never see him posting here again. Brian would not want us to mourn him, but rather celebrate his life. He was the nicest , most generous, true man I have ever had the pleasure of knowing. He sent me my first bomb within weeks after my signing on as a member here. He spelled out the idea a PIF and what a brotherhood this place is, becoming my friend and mentor in the process. He showed many here just exactly how generous he was. For every extreme act of giving that you would read about, there were two that never made it to the boards. In fact, some of the most amazing acts I have ever witnessed, were done here, by him, behind the scenes. Brian was just one of those people you just instantly wanted to get to know better after meeting him.

I remember going out to meet Brian and Jane this past summer with my wife and kids in tow. My wife was really nervous about driving out to meet a couple that the only thing we knew anything about, was from several emails and a few phone calls. Her concerns were forgotten soon after meeting the pair. Brian especially won my wife over when he told us, "We really don't have too many friends that we get together with, Jane has always been enough for me." She loved the fact he still adored his wife after several years of marriage. I myself always respected that he was someone that you always knew where you stood with them. If I did something to upset him, I'd know exactly how he felt, and that would be the end of it. If you told him you were going to do something, then you had better do it. Nothing more, nothing less. I admired that, and wish more people could be like that today.

Brian's family will be having a small private memorial this coming Wednesday in which his ashes will be spread into the Pacific Ocean. I propose that we honor him with a virtual HERF that starts at 9:00 pm Est and hopefully, 6:00 pm Pacific is not too early for you guys on the West Coast. If you can't do that time, then burn one at some point in the day for him, and share how he may have inspired you here in this thread.

I hope to see you again my friend. 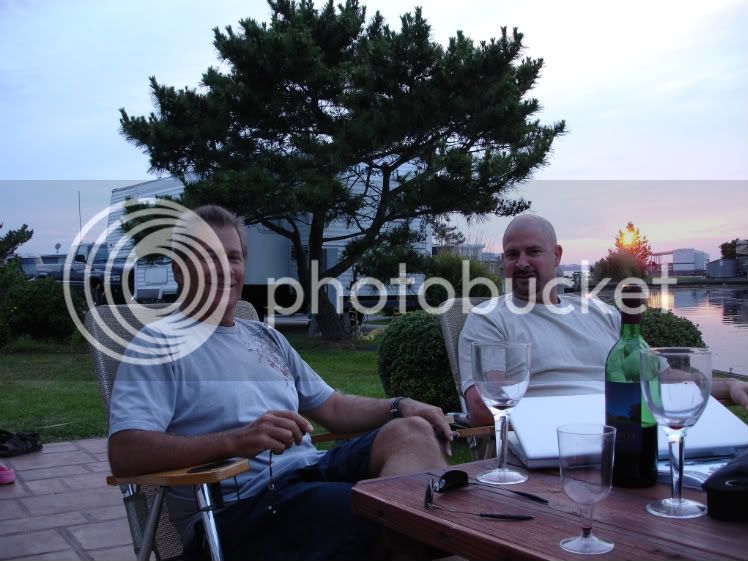 CP and the world as a whole has lost a great BOTL.

I am at loss for words. God bless his family and may he rest in peace.

That was heartfelt and extremely well said there, jtfields. I'll indeed burn one in his honor.

The most noobishly noobish noob

Will light up a good one for him on Wednesday!

I'm grateful to have had a smoke with him and meet his wife!

My thoughts and prayers are with her and the children and family.

My thoughts will be with this loss.
M

I'm at a loss for words right now. All I can say is that it was a privilege to have known Brian and I counted him as one a friend even though we never met. CP is certainly a lesser place without Brian around. I will be lighting up Wed. night in honor of Brian. Prayers and best wishes go out to his family.

Indeed Brian will always be Brian #1. He touched so many of us here, that while my initial thought is to mourn him, I shall celebrate him instead. I will think back on him repeatedly, of the generosity he showed each of us.

I will add here my brush with Brian, as I never had the pleasure of meeting him in person, he is our friend here.

When he hosted a contest and picked a number of the thread posters, I worked for about an hour to write out the names and numbers of each "pick". I refreshed for about two hours as though Puff-N-Stuff was hosting a sale. After two hours, my then 3 year old called out to me to help him in the bathroom, as he was being potty trained. When I arrived back minutes later, he had announced the number, and I was second to offer my answer. Brian, as you would expect, told me to be thankful for my little ones, and he sent me a prize pack anyway, even though I hadn't won. He went on in the private message to tell me just how much family means to him, and after all these years, how he loves his wife so.

I will light up in honor of this Great Man, and thank about how he blessed us with his integrity and honor.

Here's to you Brian.

It will be sad to know that he won't be with us here but good to know he will be waiting to greet us when our time comes. RIP my brother.

Truly a sad moment for this community. I knew nothing of his illness and this has come to a great shock to me. Brian has always been one of the brothers on this site I could not wait to bump in to some time and enjoy a smoke.

I don't even know what to say right now. I'm deeply saddened by this news.

This week, I will make it a point to find time alone and enjoy the best cigar I own, in memory of Brian.

Wow. This is quite out of left field, my thoughts will be with his family and friends. What a loss. I will certainly light up in his honor, he was a huge presence on these forums. R.I.P.
R

CP won't be the same without him.

I'm very saddened to hear this. I had a great deal of respect for Brian, and considered him one of the finest this place had to offer. I turned to him for advice on a few occassions, and he was always quick to offer his help to a newbie that he had never met. A very sad loss for CP, and I will keep his family and friends in my thoughts and prayers.

Requiscat in pacem, brother. I look forward to meeting you on the other side.

No time is too early, too late, or too busy to burn a stick in honor of one of the best. I'll be burning a good one.

The most noobishly noobish noob

Is there any kind of donation fund we are going to raise to his family, as his wife was also involved with CP by hosting many a member?

WOW....what a shocker. My thoughts and prayers go out to Brian's family.

Count me in....Weds evening is dedicated to one of the finest BOTLs to ever log into CP.

I'm glad to have known him...even if it was only virtual.