Sounds simple, right? Well it depends. Taste is defined as “form of direct chemoreception and is one of the traditional five senses. It refers to the ability to detect the flavor of substances such as food, certain minerals, and poisons.” But when taste partners with the sense of smell… that is how the brain perceives flavors. So we’re really talking about two senses here: taste and smell. But from here on out we’ll just lump together into “taste”, ok?

There are two and half ways to taste a cigar. Yes, two and a half. The first is using your tongue (taste). The second is using your sinuses (smell) and the half is on the finish (like with wine). Taking the time to be aware of all of your tasting “tools” will help you further enjoy cigars!

So let’s start with the tongue. The tongue, to me, is actually kind of limited. It can only detect sweet, sour, salt, bitter and umami. Let’s tackle these one by one.

The traditional tongue map... which turned out to be a myth


So that’s it for the tongue? Well, not really. The tongue can of also pick up things like temperature, metallic-ness and dryness – handy things when smoking cigars. There are also supertasters – folks that have a heightened sense of taste above the average person. This is due to, simply put, having more taste buds than the average person. This is most common in Latin America (no surprise there), Asia and Africa. Only 25% of people of European descent are supertasters. 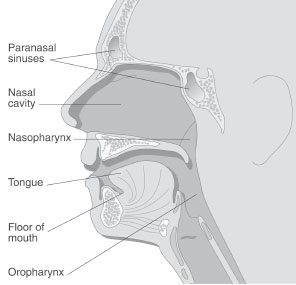 Let’s move on to the sinuses, nose and olfactory senses. Olfaction, or the sense of smell, contributes to our perception of flavor. While our tongue can detect only 5 distinct qualities, the olfactory system can detect hundreds. So when you smoke a cigar, you should smell it, right? Now, you can smell the smoke from the cigar in the air, but that’s the aroma and does not contribute to the flavor. You can smell the cigar when the smoke is in your mouth. But to REALLY smell the smoke, you need to exhale through your nose, bringing the smoke up through your sinuses – this is often referred to as retro-hale. If you’ve never done this, then you’ve been selling yourself short and missing out on a lot of cool flavors and complexity. This is the way to smoke a cigar.

The “finish” is another key part in enjoying a cigar. The finish is a fancy term for aftertaste. Aftertaste is the persistence of flavor long after the substance has passed over the taste receptors. As far as cigars are concerned, the finish should be enjoyable and the longer the flavors remain the better. For some reason certain flavors from cigars are more prominent on the finish than others, like coffee, cocoa and licorice.

Here are a few other important facts, statements and suggestions about cigar tasting:

So, in summary, to really “taste” a cigar, you incorporate the initial tastes from your tongue and sinuses as well as the finish. So it’s a function of the sensory organs and time. So sit back, relax and try tasting a cigar – maybe truly for the first time.

From the article in Cigar Inspector.

My taster is broke. It registers either good or bad.

What’s the gist of it?

I'm with Scap -- I either like it, or I don't. I've had very few "don't likes" the the point that I couldn't even make myself finish at least most of the stick before tossing it in order to be sure it didn't pick up further on through the smoke as it progressed. I've only had one "EUREEKA!" experience as far as individual tastes and flavor notes go, and that was with a Panacea/Flatbed black label torpedo. IIRC, it was about a 54 rg. Most of the rest have been either "pleasant", "very pleasant", or, "glad I didn't buy a box of these". I'm good with that. I guess I'm a non-taster.