Well, after a long couple of months, I'm finally able to get back into the swing of the forum. I'll tell ya, shutting down a couple of branches during the holidays will do that to a guy. Being that I've been lurking, but not posting, I wanted my first review of the new year to be a special one. To that end I chose the H Upmann Robusto. "But wait," some of you may be thinking, "Upmann doesn't make a robusto." Well, they in fact do, however they only release it in their special travel humidor. Well, it turns out that a while back I entered a contest and became the proud owner of one of these special travel humidors. It's a pretty sweet setup, but now it's time for the cigar.

The construction of this cigar was very nice. The wrapper was a bit rough, but the roll was firm while having a slight give. The foot was nicely bunched. Upon sniffing the foot I found a very faint smell of tobacco. I punched the cap to reveal a perfect draw. A very sweet flavor greeted me on the cold draw.

I roasted the foot with my torch and got a nice burn going. My first draw was mild with a very sweet undertone. During the first third, the burn went slightly uneven, but it straightened out by the second third. Overall, this cigar was not as complex as I had hoped, but it was incredibly enjoyable none the less. From start to finish it was a straight forward tobacco that left a very sweet taste on the palete. Here and there some spice would appear and vanish just as quickly. It was a very smooth cigar that produced tons of smoke.

I'm glad I have a few more of these, but am sad that they aren't a regular release. I've been enjoying Robusto's more lately! Good stuff. Thanks again Sonya for the contest. 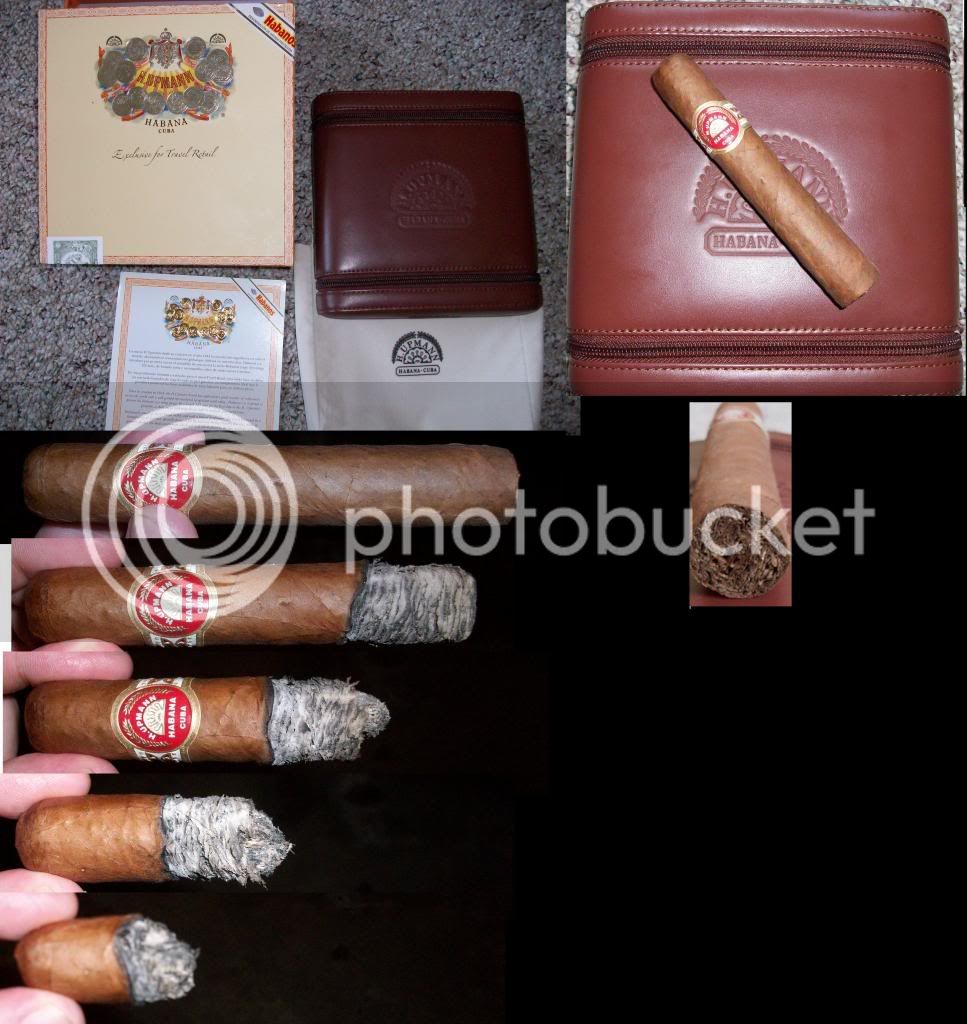 Very cool! Before reading your review I was thinking they don't make a robusto

Thanks for sharing this.

Yes, nice review and welcome back!

Shark In The Water

Nice review and great photos Dave... Took a few months away myself; nice to be back in the swing of things :thumbs: .