This is actually the second one of these that I’ve smoked, the first had such a bad burn with tunneling and going out constantly, that I had to put it down about halfway in. I’m hoping this one does better. The wrapper is smooth and oily, medium to dark brown with veins throughout. It is firm when squeezed, has a good weight in the hand, and after clipping the tapered head I find the draw just right with taste of good tobacco and a twinge of sweetness.

After torching the foot, the cigar starts out with plenty of spicy, medium strength smoke, however about an inch in I’m puffing quite a bit with not much smoke being produced, and it goes out on me. I light it back up after tapping off the medium gray ash and give it a few puffs to get the fire going again. To my palate, the smoke is a medium to almost full strength with a good medium peppery spice on the tongue. A third in and the cigar is smoking well enough, however the burn wants to run to one side and I have to do a bit of touching up with my torch lighter.

Halfway and there’s a spot where I seem to hit another tunnel as I’m puffing a good bit with not much smoke coming through. I manage to get through that section and again, good medium to almost full smoke begins to flow well again with a medium spice on the tongue. Flavors are really good with strong tastes of earth and leather with a sweet vanilla/cocoa in the finish that I find quite lasting on the palate.

The final third was the sweet spot on this cigar as the burn became sharp and plenty of medium to full strength smoke flowed well through the perfect draw. I have to say I did enjoy this one much more than the first one as it had decent burn, good draw, and very rich, dark flavors of earth, leather, and cocoa with a hint of vanilla. I’m not sure why, but it seems that a good number of recent Tats I’ve smoked have had some fairly bad burn/draw issues. Hopefully that will not be the case for the rest of these Verocu. 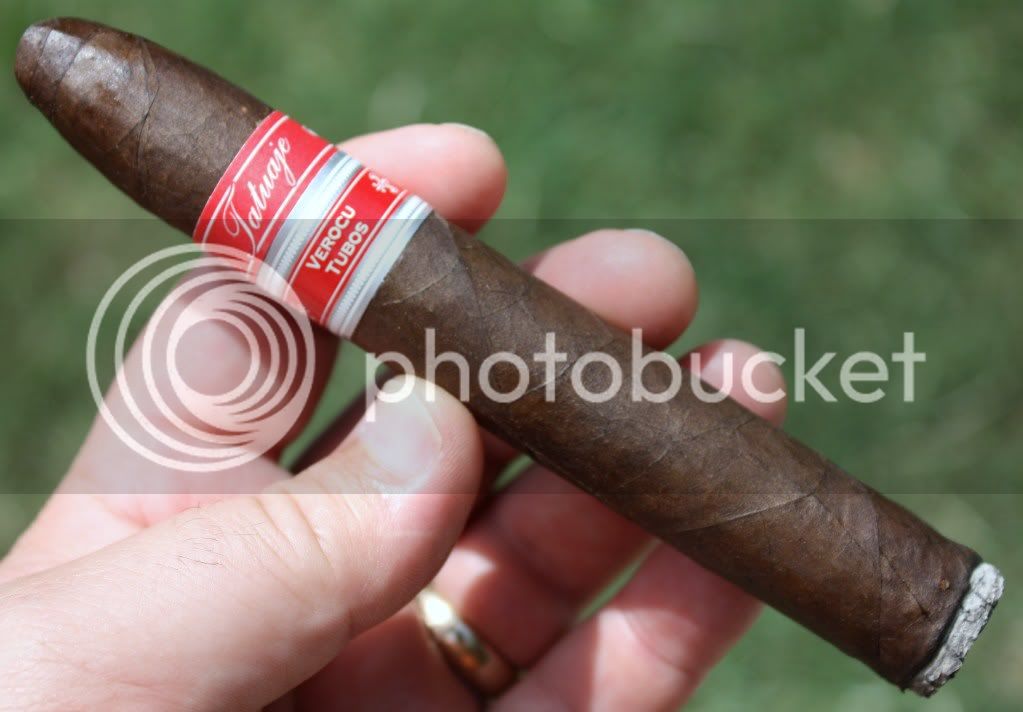 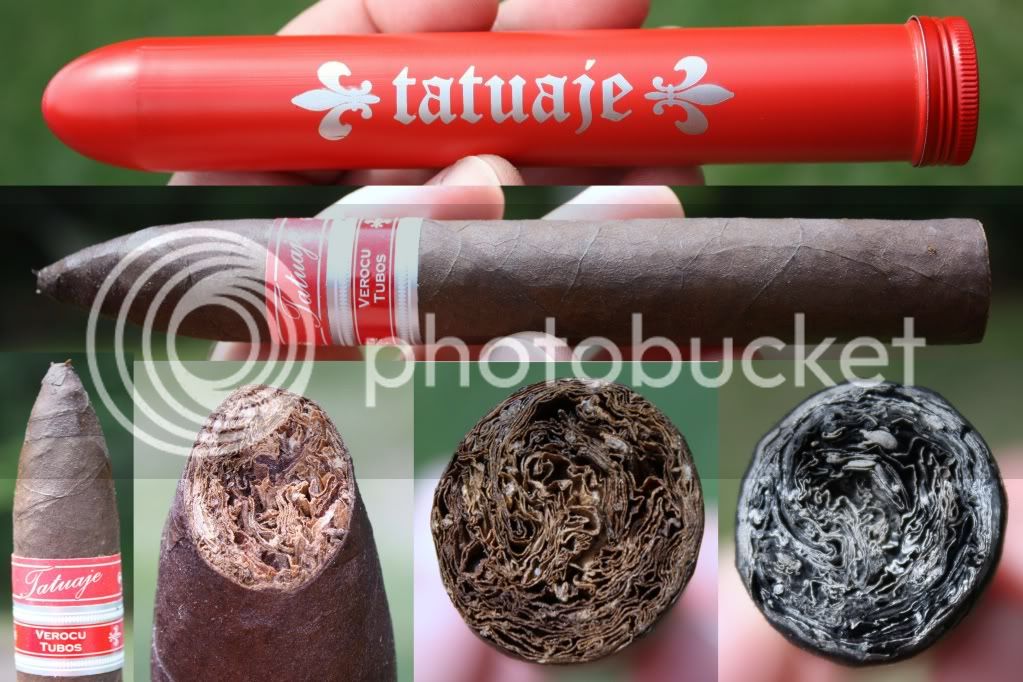 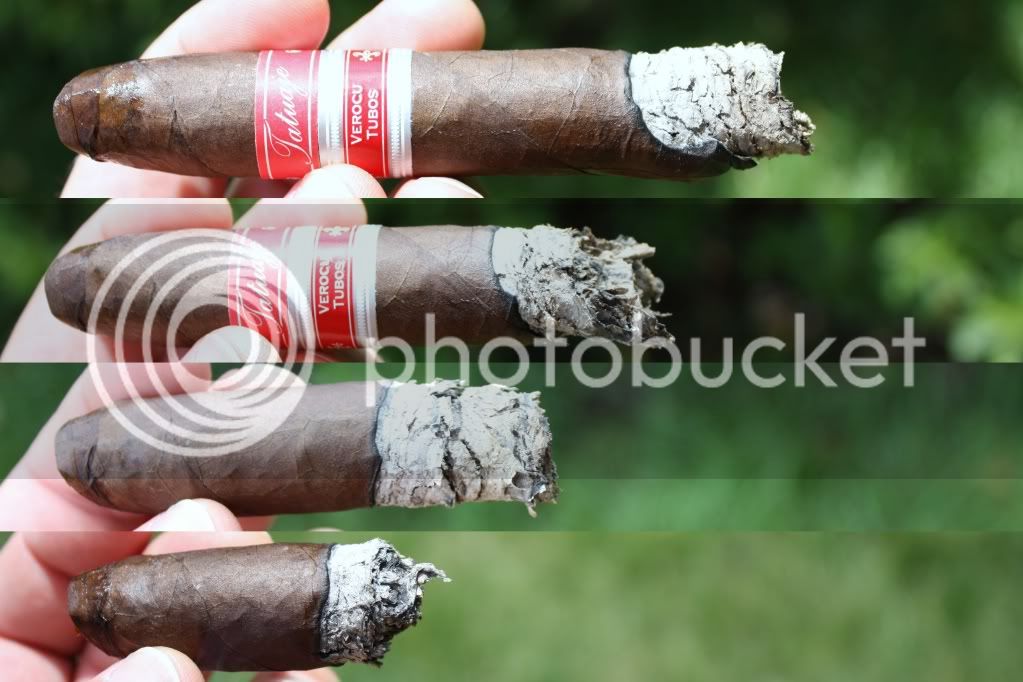 I heard and read some very unappealing reviews out the Red Tubos, I'm glad you enjoyed yours, but from what I heard I wouldn't buy one. I'll take an Illusione for the same price and know what I'm getting!

This has even been happening with the Black Tubos. Not sure what is up with these releases. The tobacco seems to be really stubborn.

Yeah, both the Black and Red tubos have been pretty disappointing here too. For the money, I think Holt's Verocu #9 is a much better deal and more satisfying smoke.

Greg, I'm glad the second time around this smoke worked out for ya buddy.

I'm fortunate that the box I bought has had no burn issues nor wrapper tearing in the tubes as I really like this blend. Great pics and review Greg!

I've bought 3 10-packs of the Reds over last six months and all have them have smoked extremely well. I bought a box of the blacks right as they came out - they never tasted right (had last of that first t10 just last week - still so sour and bitter tasting). But man I love the reds. I agree with the comment about the Red #5's from Holts.

4cbln3 said:
I'm fortunate that the box I bought has had no burn issues nor wrapper tearing in the tubes as I really like this blend. Great pics and review Greg!
Click to expand...

X2 I have really enjoyed the two or three I have had!