This week has been really tough so far with a great deal of “stuff” going on. I’ve not been smoking as much as usual (clearing throat), and decided I would smoke something out the special humi. I received this old Monte from a very generous BOTL here on CP (thank you sir). To be thirty to forty years old, the tube was in excellent shape, but what about the smoke? I unscrewed the cap and slowly slid the cigar out from the tube/cedar sleeve. It too was in perfect shape.

It was light in the hand and very firm when I tried to squeeze it. I didn’t want to squeeze too hard as I was afraid it might fall to pieces it was so old. :laugh: :blush: The wrapper was slightly coarse and no oils to be found, actually was a bit dry looking. I wet the tip of the cap to let it soften a bit so hopefully the punch would cut through with no cracking. I slowly, carefully punched the cap and did have one small crack appear but nothing major at all. I found the draw perfect and a taste of old, stale tobacco.

With the foot toasted, I took my first draw and found the smoke extremely mild. So much so it was almost undetectable, delicate came to mind. I could taste a very faint hint of toasted nuts, but mostly a very dry hay. The finish was very clean with a very nice aftertaste. The burn was perfect on this smoke with a very light gray ash that held until I ashed it at about an inch.

Around the halfway mark, the very mild and creamy smoke started getting a bit floral and had a definite lemony zest to it. Again, extremely light or as mentioned, delicate. Towards the end I happened to notice a little bit of tar on my finger and then realized the tip was full of it. I was surprised to see so much of it, and such a strange reddish color. Glad I didn’t get that in my mouth!

I believe this smoke had definitely gone past it’s peak and lost some of it’s “kick”, however I’m absolutely thrilled that I had the opportunity to put fire to such a rarity. 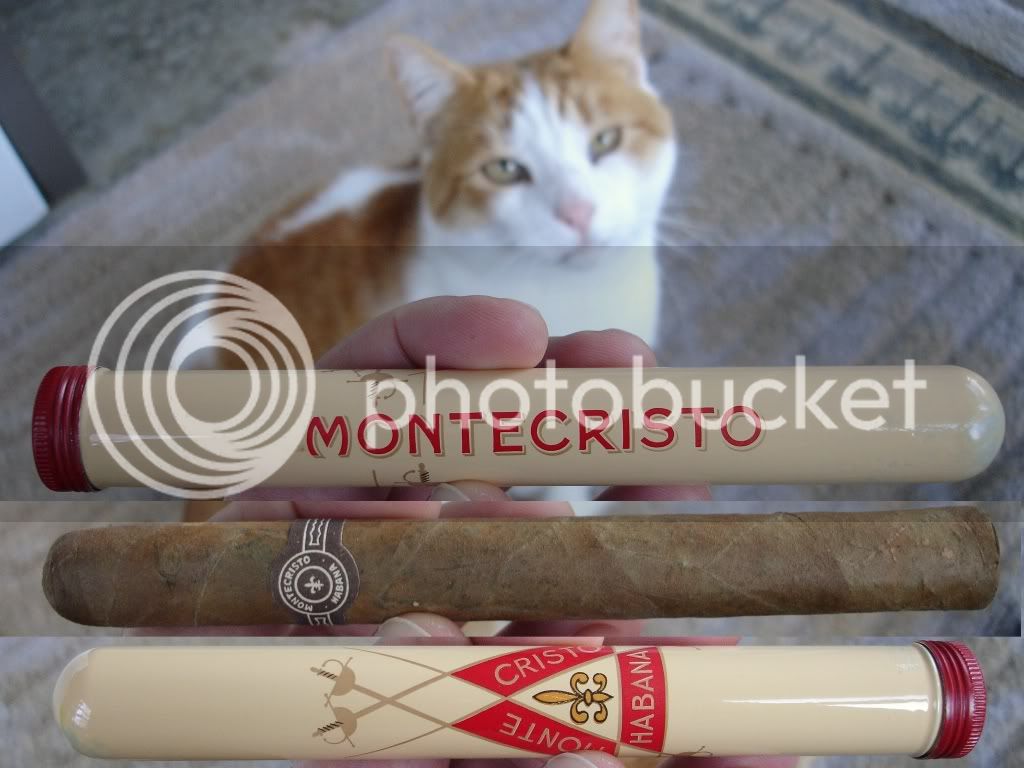 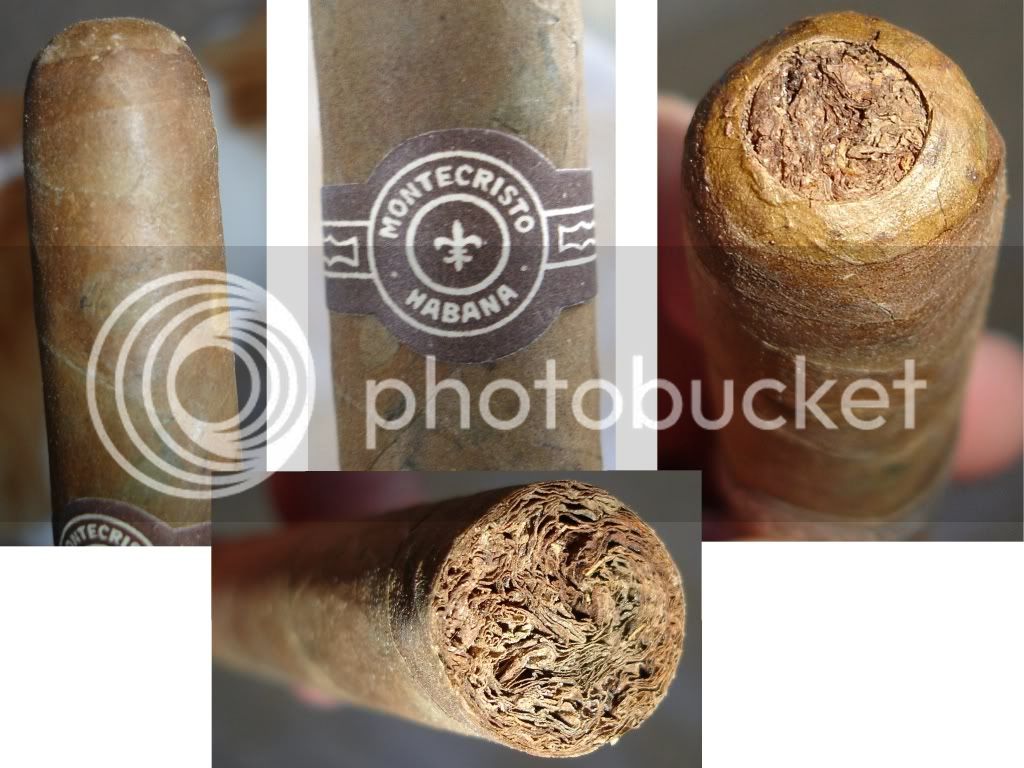 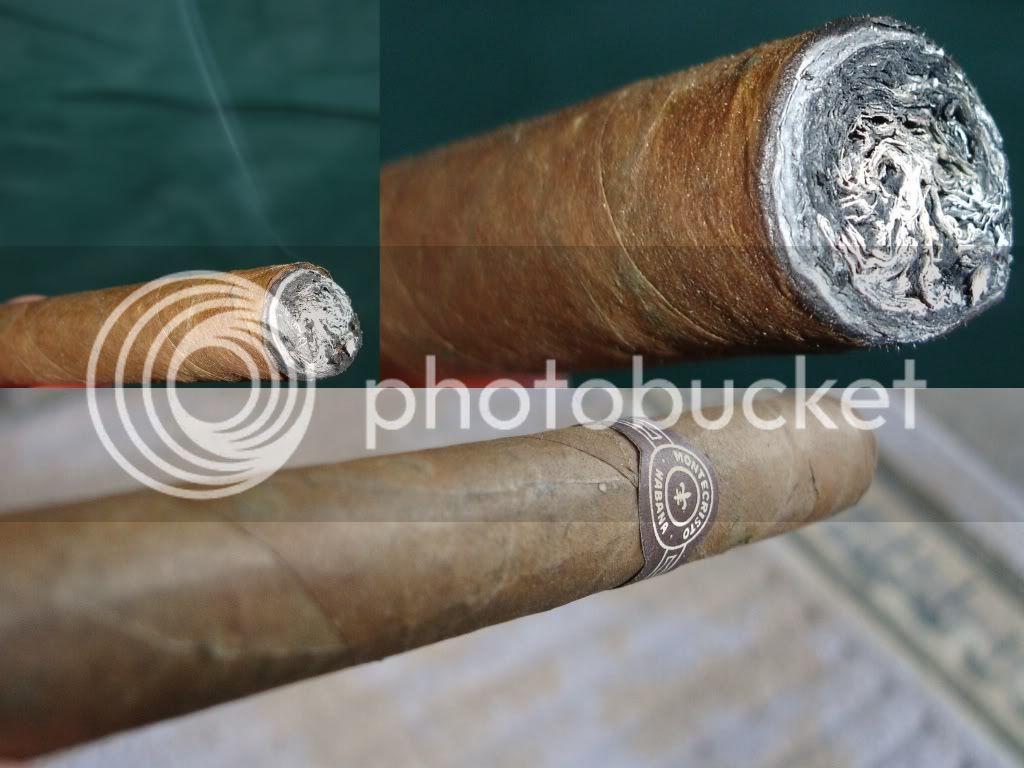 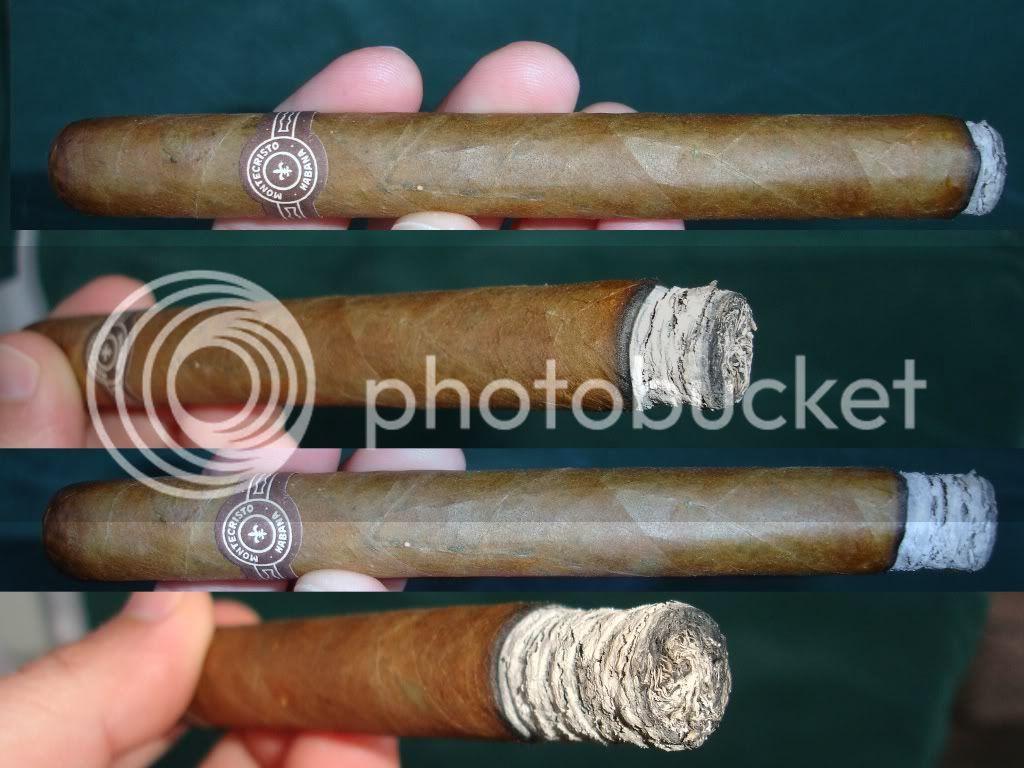 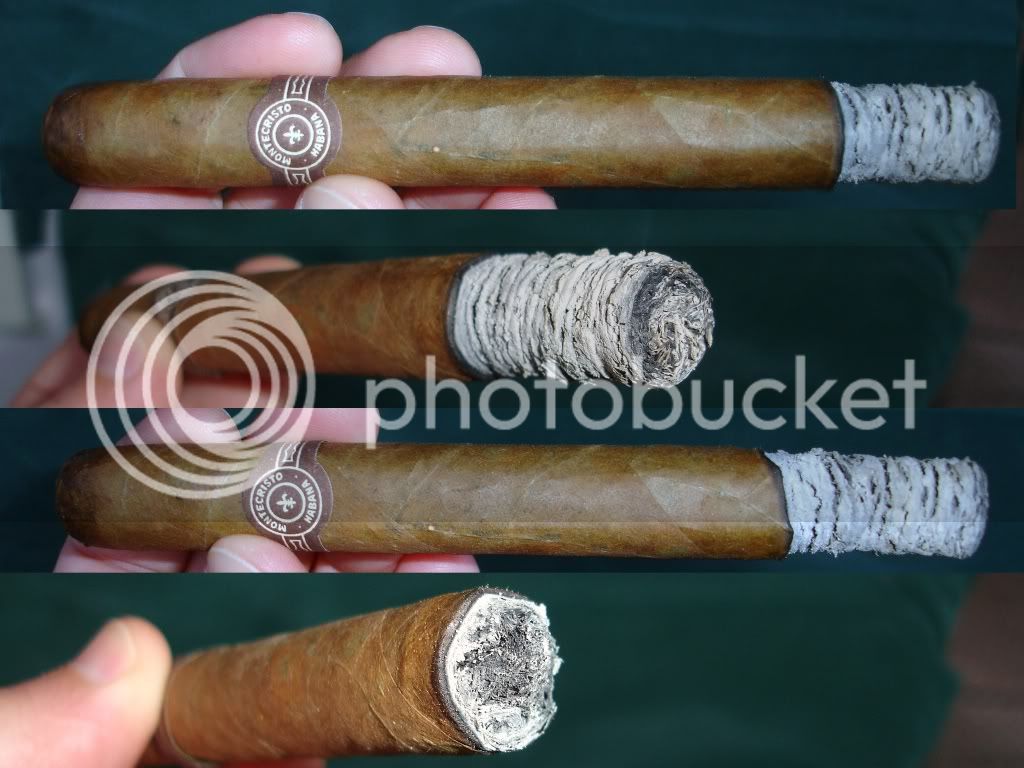 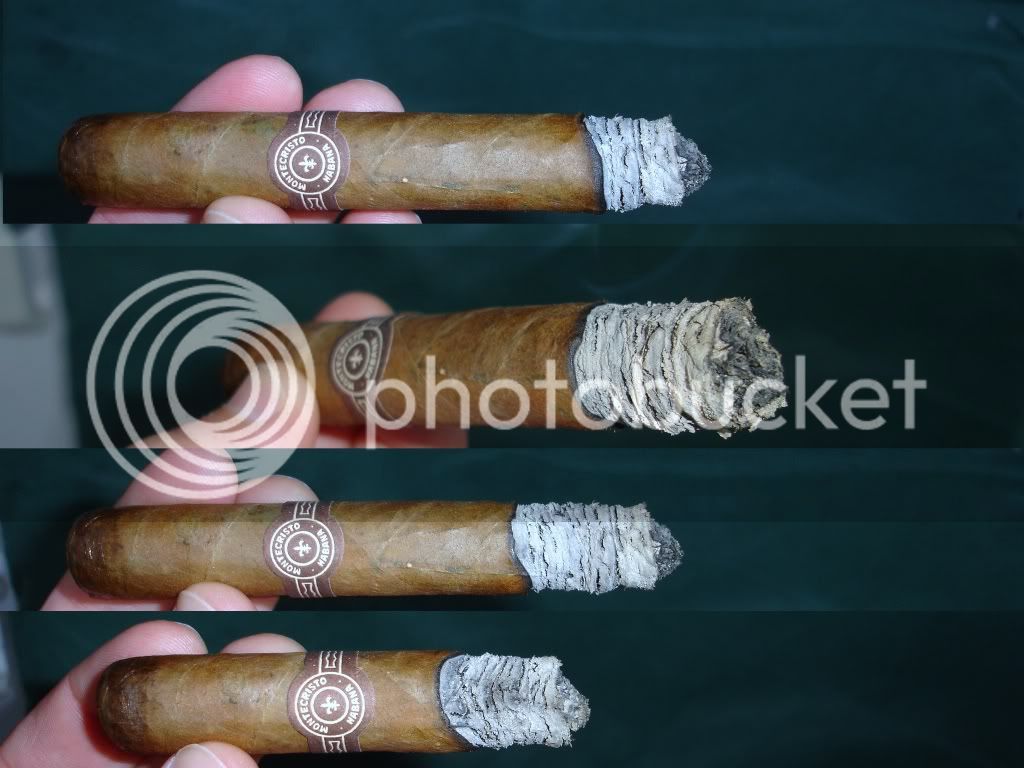 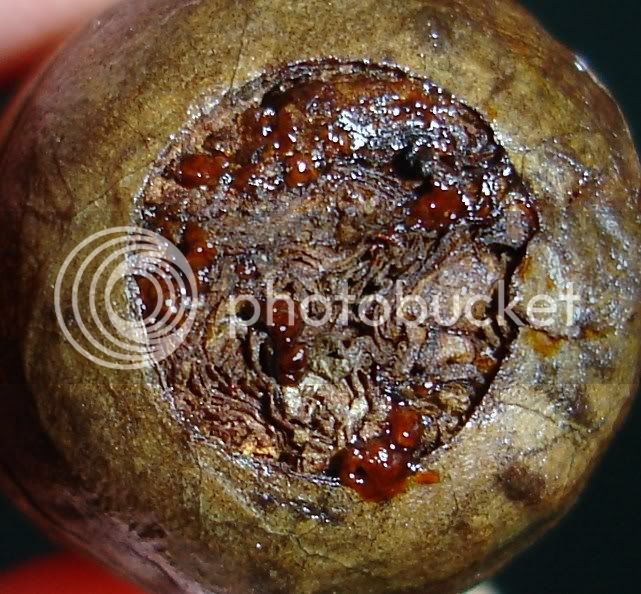 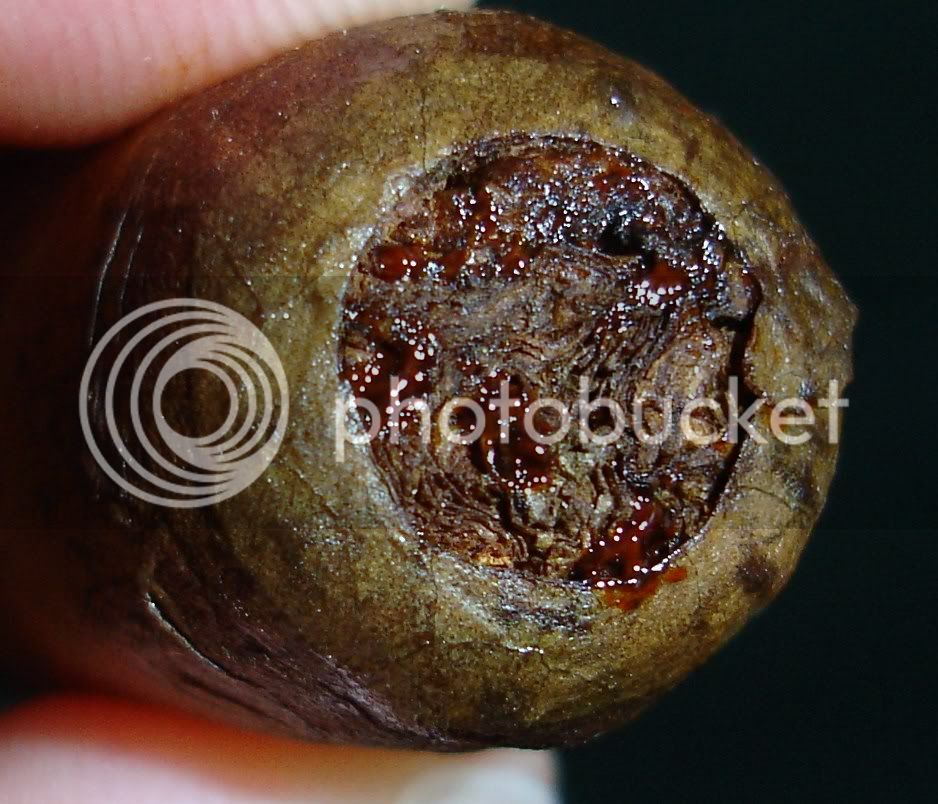 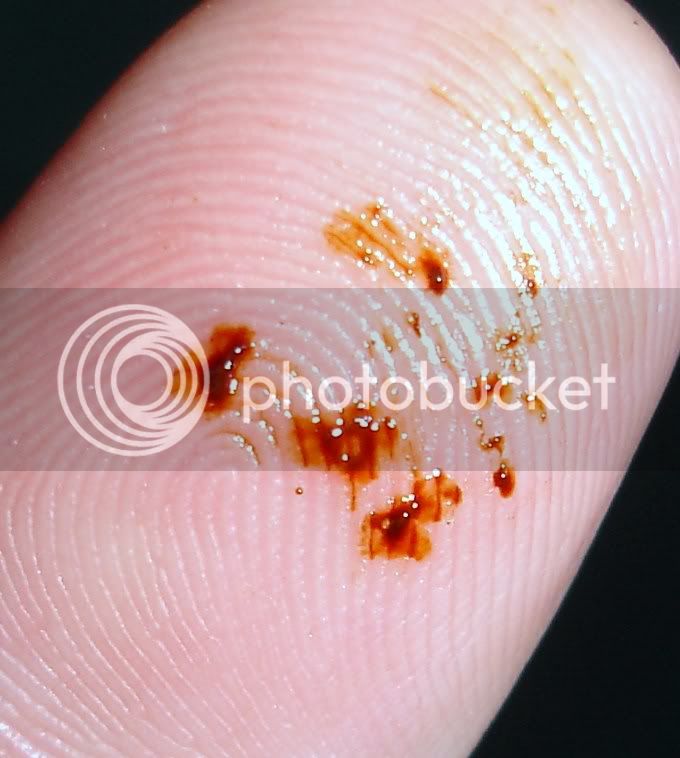 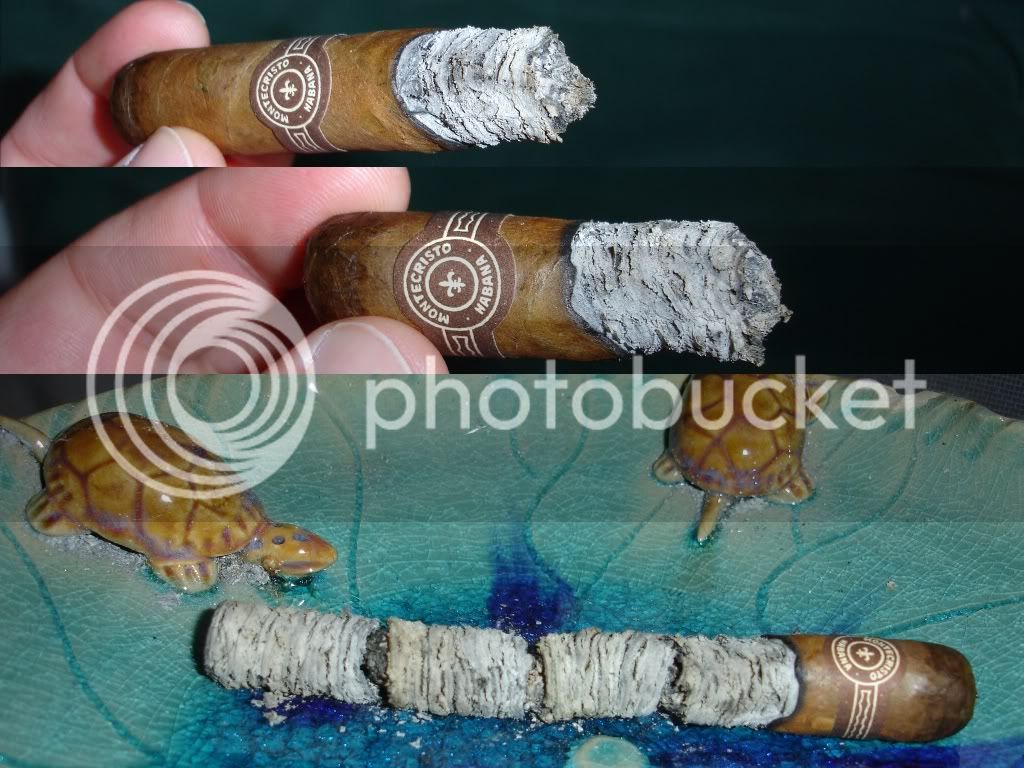 Looks like you laced it with some cinnamon. lol. Nice review of a very nicely aged stick bro! Although I think you got so close to your hand on that closeup I think I saw Uranus!!! hahaha......... ugh, terrible joke!

How's the little one?

Very nice!. Hope all the "Stuff" going on gets better for you and the fam bro. Glad you got the time and were up to smoking that beautiful smoke.
Chris

Little one is doing about the same. Past few days weren't too bad, but today wasn't one of the better days. Still haven't gotten her procedure scheduled either. Told us they'd let us know when the first appt comes available. Thanks for asking John!

Well I hope things go better for the little one.

Thanks for the review. That is some weird looking tar. Glad you were able to enjoy this cigar given the circumstances.
M

I found this cigar to be a good example of a solid, well-aged cigar. The two I've had were both mild, but extremely flavorful and complex. Nothing spectacular, just a real nice smoke. Sounds like you enjoyed it, except for the tar of course :thumbs:
J

Very nice review and great pics too.
How do you take such sharp pics ?
L

Did any of the tar have any impact on flavor?

Ludwig said:
Did any of the tar have any impact on flavor?
Click to expand...

I don't believe it did. Now if I had stuck the tip of my tongue on that stuff....maybe so. :laugh:

Wow Greg that's one heck of an experience! Those pics make my mouth water. Nice review, I can't imagine smoking a stick that old, maybe someday. That tar is crazy!

I still have mine sitting in the humi waiting for the perfect time to fire it up. The next day in the mid fifties might be good enough for me.

Would you mind if I created some thin gelatin replicas of your fingerprints? I have to do some, err, withdrawing.

NASTY said:
Would you mind if I created some thin gelatin replicas of your fingerprints? I have to do some, err, withdrawing.
Click to expand...

You'll have to make a deposit first cause there sure ain't nothing to withdraw anywhere with that fingerprint! :laugh: :blush:

Nice review, gives new meaning to wanting some of the "sticky icky". Even nicer pics.

I pray that God brings healing to your little one and that you and yours find His peace.