I love meme some memes

zeemanb said:
I'll be a sport and wait till Sunday....which for me that's practically like waiting 2 weeks.
Click to expand...

Smoking one right now rott. Its sweeter then I expected and while strong I'm not dying. Those guys at TCA must have a case of weak sauce

cabaiguan juan said:
Smoking one right now rott. Its sweeter then I expected and while strong I'm not dying. Those guys at TCA must have a case of weak sauce
Click to expand...

Did you retrohale? Based on Mr Jonathan's experience, I think I'll avoid it.

Picked up a few cigars that I've been interested to try at the local shop. I wish they had the Avo is something other than a toro, but sometimes sacrifices need to be made.

On a related note, with the August 7th date looming large, it's actually pretty cool just how many interesting cigars are flooding the market. Too bad things will really slow down in the months and years to come.

I love meme some memes

MichaelD said:
Did you retrohale? Based on Mr Jonathan's experience, I think I'll avoid it.
Click to expand...

Yes I did. I didn't bother me anymore then regularly smoking the cigar. I regularly retro hale so maybe I'm conditioned to it or maybe he just did it wrong. Anyway, it was a good cigar. Lasted an hour and never went out like Dave and Barry said. I'm glad I picked up a box to smoke and one to age.

Picked up my usual monthly box of San Cristobal Fabulosos . . . and based on how the one from the sampler blew me away, a box of Las Calaveras LC46 corona gordas to keep it company!

My local B&M, which I've patronized through two owners and three locations, cuts me killer box deals every time, and even though I went in thinking I'd get a box of one and a fiver of the other, I couldn't say no.

Just a couple Neanderthals and Tat Black Reserves on the way home from the grocery store.

Not A Nice Person said:
Just a couple Neanderthals and Tat Black Reserves on the way home from the grocery store.

Not sure I could double up on Neanderthals, one after another. You have a stronger stomach than me my friend.

This is the purchase thread, not the smoked thread.

But I did fire up one of each this evening . . . and will probably finish off the night with a San Cristobal Fabuloso.

Not A Nice Person said:
This is the purchase thread, not the smoked thread.

But I did fire up one of each this evening . . . and will probably finish off the night with a San Cristobal Fabuloso.

Good point. Well in that case, purchase away!!

A few cracked feet that will be sacrificed to the fire before I set he rest aside for a deep sleep.

Some good looking Boli Libertadors showed up yesterday....glad I ordered them before I had this surprise Vegas trip to fund. 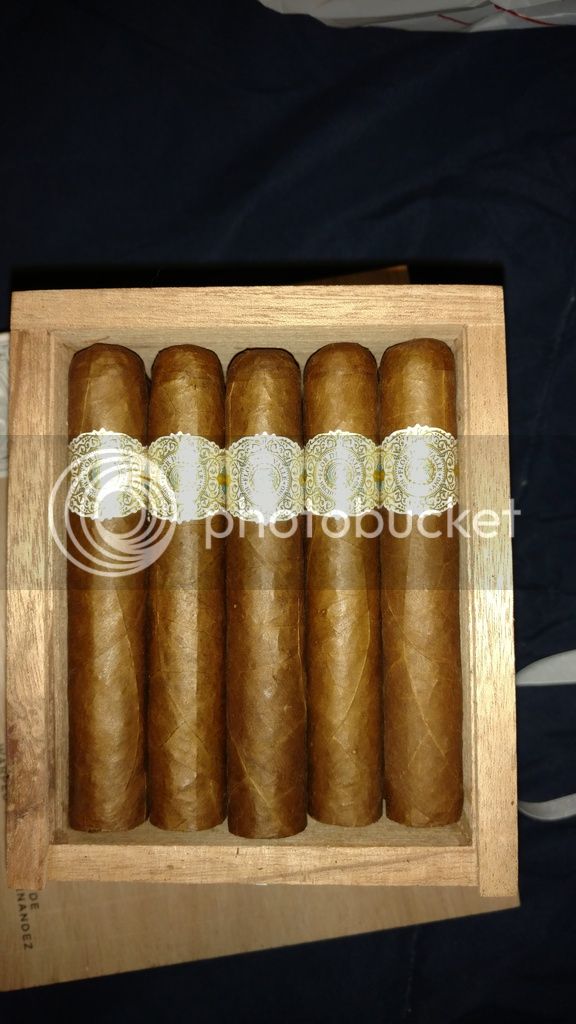 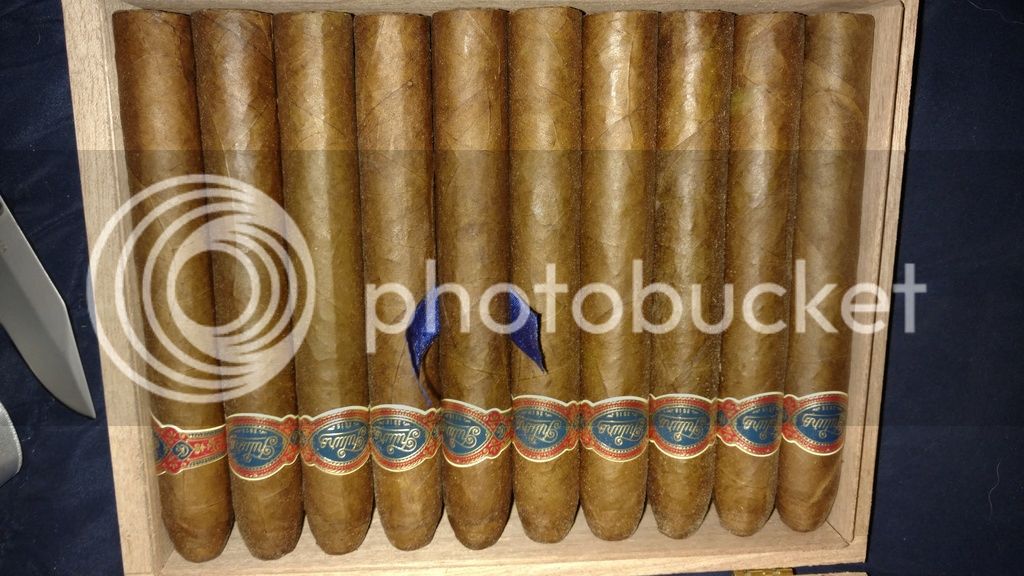 Have you had a chance to try the Sky Valley version? It's fantastic.

I just received a box of Perdomo Limited Edition Cameroon's and my third box of Perdomo 2005 SG PCs. Been lovin these LEs, though. I never smoked a cigar with as much berry. Closest second was the Puff-n-Stuff MyFather CGs. And these are way better!

As of this morning . . . . that Opus X 6 sampler from Jack Schwartz, with the 5er of Fuente Anejo bonus.

And that Cuban Footlocker humidor from Cheap Humidors.

The first bonus payment for my summer curriculum design was on this paycheck . . . lol.

MichaelD said:
Have you had a chance to try the Sky Valley version? It's fantastic.
Click to expand...

I have not yet. Going to have to give them a try. Thanks for the heads up.
J

On July 27, 2016 there was an event in Club de Industriales in Mexico City on Cigar training. The training event was attended by many cigar experts, enthusiasts and sales agents from many regions of the world. The prominent speaker of the event was Teodoro Lavin Sodi who himself is a cigar expert. He has contributed a lot to the cigar industry through his writing and is now focusing on training and making others proficient in the field of cigars.

The event was very interesting where Teodoro Ernesto Lavin Sodi provided many unknown and valuable information about the cigar industry and its origins. It was really interesting to know that the word ‘cigar’ has its root in the early Mayan civilization where people used to smoke a form of pipe. It was later discovered by Columbus who found the native Indians smoking tobacco leaves in their pipes.

His accomplice had formally introduced tobacco in Spain and Portugal after he came back from his voyage. Spanish and European sailors also visited the tobacco growing regions and developed the habit of smoking.

The republic of Cuba has started tobacco plantation as early as the 16 century. The industry developed swiftly over the region and all three types of tobacco leaves used in cigars were grown. Havana cigars soon earned their name for being the finest cigars in the world. The audience correctly related Fidel Castro with the Cuban cigars when Teodoro Lavin Sodi asked the audience to speak up names of famous personalities hooked to cigars.

No one in the crowd was able to answer the question put forward by Teodoro Ernesto Lavin Sodi about the time of cigar introduction in America. It was learnt from him that in 1762 cigars were first brought into USA by an American war general when he returned from Cuba. The trend caught up in America and soon cigar factories were set up in areas like Hartford and Connecticut. By 1800 cigar consumption was popular all over the world and considered a show of class in Europe and America.

Teodoro Lavin Sodi also brought up the name of many literary figures, philosophers like Freud, King Edward VII, who could not live without cigars. The audience was really amazed to learn the large scale production of cigars currently going on around the world. His talk on one of the best cigars in the world, San Teodoro Cigars was one of the highest point of the event. He described lucidly in details the aging process of fine cigars like San Teodoro which renders its amazing flavor, combination of tastes and raises the overall smoking pleasure. The technicalities and the information will prove beneficial to all the enthusiasts sitting in the crowd.