Whenever I need a "pick me up" I read this thread. Such a beautiful sight.
O

Zeebra said:
Whenever I need a "pick me up" I read this thread. Such a beautiful sight.
Click to expand...

i know what you mean :love: 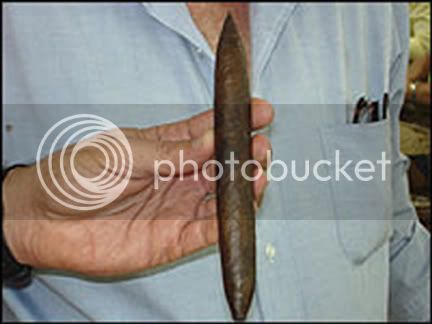 Padrón Cigars Inc. is one of the less active cigar companies when it comes to releasing new products, so it's notable that the Miami-based company plans to offer several new sizes in the coming months, including a tribute size for brand patriarch Jose Orlando Padrón.

The first new release, a bigger, redesigned Padrón Cigar Sampler, should begin shipping in a few weeks. Instead of consisting of only one brand, this version will contain a total of eight cigars from the Anniversary, Serie 1926 and Padrón lines. Missing from the sampler will be the Padrón 1964 Anniversary Series "A," which will now be packaged on its own.

The biggest new release from Padrón will be the Padrón 80th Anniversary cigar, which is coming out to honor the 80th birthday of Jose Orlando Padrón, who founded the company in 1964. The cigars are being made now in Estelí, Nicaragua, and they are perfectos, the first the company has ever made. They measure 6 3/4 inches long by 52 ring. While they won't be on sale until next year, attendees of Cigar Aficionado's Big Smoke Las Vegas Saturday seminar next month will get a chance to be the first to taste it. 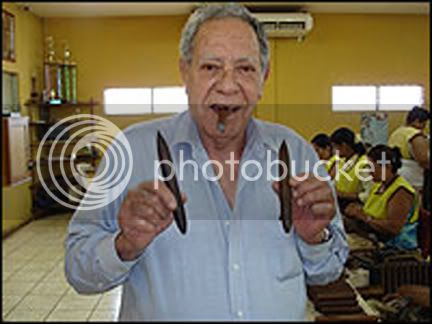 :0 Some people are just to lucky. You are the man Miles!:thumbs:
That looks very tastey. Any idea of the blend or flavor of this cigar?
M

MilesMingusMonk said:
<span style='font-size:14pt;line-height:100%'>The Who What Why:

1964 Anniversary Series™ was introduced in 1994 to commemorate the company's 30th anniversary.

1926 Series™ 40th Anniversary was introduced in 2004 to celebrate the company's 40th anniversary.

Millennium 1964 Series™ was introduced in 2000 to celebrate the Millennium. </span>

<span style='color:blue'><span style='font-size:14pt;line-height:100%'>"Here's my understanding; Padrón originally had bands that said: 'Padrón 1964 Aniversario'. These came out in 1994 to celebrate Padrón's 30th anniversary as a cigar company.

They added José Padrón's signature to the back of the band in 1999, and were printing both "Anniversary" and "Anniversario" bands overlapping this time period.

The second band with a serial number on it was introduced in February of 2001.

All of these various measures were taken because Padrón cigars had become so popular and sought-after that counterfeits were rampant." - Andrew 'Moki' Welch </span></span>

This counterfeit band is the right length and is properly cut. At a glance it seems real, but it's not. The coloring is inaccurate. The wings are a light orange-yellow instead of off-white, and the gold tone that should possess a slight luster looks yellow. On the centerpiece, this fake has a slightly lighter maroon tone than the darker, genuine article, and the scripted "Padrón" is hazy. On the back of the band (not shown), the diagonal "Jose O. Padrón" signatures are not crisp. <span style='font-size:8pt;line-height:100%'>Cigar Aficionado</span>

This counterfeit is quite similar to the real band with regards to the printed words, especially the scripted "Padrón" in the center. Yet this counterfeit lacks the glitter of the gold coloring found in the genuine article. Also, the fine grayish lines that run horizontally from the centerpiece are blue and poorly printed, almost like they were printed from an old dot matrix printer. The brownish hue in the center is slightly more maroon than the darker shade of brown in the genuine band. On the back of the band -- not seen here -- the diagonal signatures of José O. Padrón match the erroneous maroon shade of the counterfeit centerpiece -- the signatures should be brown. <span style='font-size:8pt;line-height:100%'>Cigar Aficionado</span> 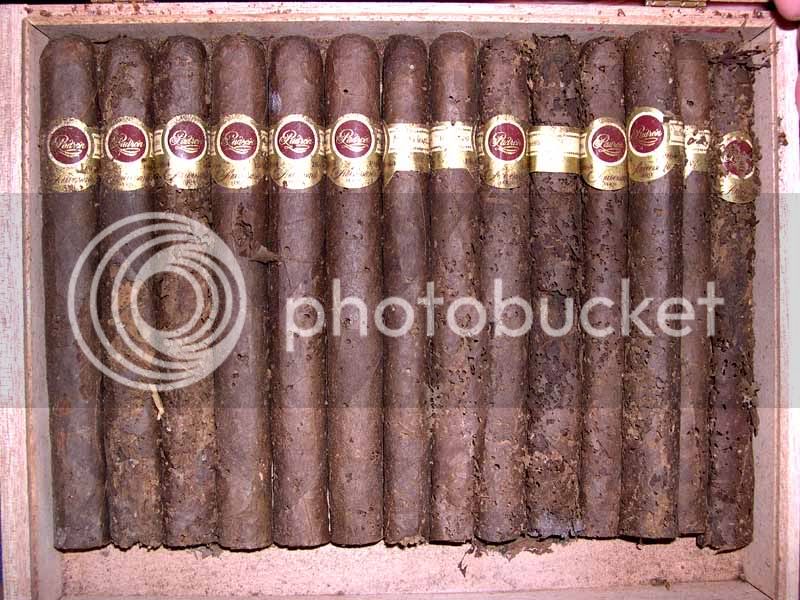 OUCH!!!!! On the beetle infestation!!! May we be spared from such, and if it has to happen let it be on those cheap bundles we have!!!!

I heard that Padron is now producing more of the 1926 40th Humidors. I just got 2 of them and they are numbered 539 and 561. A dealer that I know, that claims to know the Padron Family, confirms that he heard this from Jose Orlando Padrón himself.

Does anybody else have any info on this?

Is there any information about PAM's bands numbers? I mean is there possibility to check when the cigar was made? If not than what does this number means?

So? No one kowns?
Does it mean anything? or is it just a number?

From Padron's website... this thread seemed incomplete without it:

I love you Jose Orlando!

Zeebra said:
I love you Jose Orlando!
Click to expand...

Zee you know, your wife wouldn't like all this man love you have for Jose!

Nothing wrong with a little man lovin for Jose. As a newbie smoker just recently turned on to cigars, Padron's have quickly become my favorite.

Possibly an up to date list of the Padron line and tat. line? If anyone has this kind of golden information.

Being a Padron whore I thank you for this thread.


Michal said:
Is there any information about PAM's bands numbers? I mean is there possibility to check when the cigar was made? If not than what does this number means?
Click to expand...

The Golden Padrons on display at their store.

Padron 1926 Serie cigar line consists of maduro wrappers. All tobacco used in this line is aged for five full years, I love this cigars

This is according to Padron "The serial numbers on bands are only used to authenticate against counterfeit. They have no cignificance for the date or place of production. The only way to verify production date is the piece of paper inside the box." Jessica said "It's an internal number". Meaning they will not say exactly what(if anything) it means.

I hope this helps.


Michal said:
Is there any information about PAM's bands numbers? I mean is there possibility to check when the cigar was made? If not than what does this number means?
Click to expand...