*** slevy007 *** what can I say, you are the Master of Ash!
You've won the cigars pictured below as well as the inaugural Ash Master cap.

2006 First Runner Up and Mr. Persistence

2006 Second Runner Up and Ash Sniper

Congratulations to all the participants and brave ash standers throughout the land!

This has been a ton of fun and I hope that you all enjoyed watching, smoking and ash standing along with us. Although my portion of the festivities will end with the sending out of prize packages to the winners and runners up, I hope that this thread and this fun activity will live on. I know I'll keep ash-standing. :thumbs:

The ability of the Fuente Añejo #77 "Shark" to stand on its ash has been documented in several photos on various cigar forums and blogs. This interesting ability has been chalked up to superior construction. Knowing the quality of Fuente products, I can't dispute this. However, I thought that other cigars might be able to ash-stand as well. It seems to me that getting a cigar to perform this feat might be due to a combination of factors such as density or tightness of the roll and the gauge-length ratio. It's unlikely that a panetela could ever be made to ash stand, but robustos, pyramids and other stout shapes might be able to achieve this with some regularity.

And so here is my first submission in the ash-stand derby. Yes, my morning smoke was a CAO Moontrance robusto. I can hear the snickering now. But some time ago, I bought a single just to see what the fuss was all about. :whistling: It is certainly a well-constructed cigar. The nice colorado wrapper was dipped in a sugar solution at the head/cap so it left a sickly sweetness on the lips from smoking. To me, this flavored cigar smelled of piña coladas. Pleasant, but of course not for the purist. Upon smoking, the flavoring did come across in the drawn smoke. It wasn't offensive, in fact it was pretty decent for a flavored cigar. I think it would be an even better smoke if they ditched the sugar dipping. Overall, the tobacco flavor was light and not very assertive. The ash was bright white and quite firm. And that's what got me thinking what if...

Ok, so if you think you can snap an interesting or amazing ash-stand picture that beats my pathetic effort and maybe even the famed Shark ash-stand, please go ahead and post in this thread. If you have a picture but do not have access to photo web hosting, drop me a PM and I will host your picture for you.

If we get enough entries, I'll pick the one that I consider most impressive, most amazingly eye-boggling and send that guy or gal a nice selection of tasty. tasty cigars for them to hone their ash-standing skills.

Here is what awaits the luckiest, most skillful ash-stander!

Here is a little something extra that I had made with Rod's permission. Thanks Rod! :thumbs:

It is the antithesis of the dreaded "ass hat." Behold! The first ever CigarPass™ "Official Ash Master" commemorative cap. This lovely custom-embroidered ball-cap is of a shade reminiscent of deep, rich maduro wrapper. The recipient will be the envy of the herf when he struts in sporting this badge of honor.

I will be awarding this hat to the member who has demonstrated the most exemplary level of artistry and sustained commitment to the creation of world-class ash.

Great idea!
Now all I need is Elmer's glue and some paper clips!
I'm sure to win! :sign:
-Rob
W

Awesome idea Wilkey, I've never seen this done before...may have to try it out tonight and get a picture if I can get it to stand up to these winds we've been having long enough.
G

Rob, I forgot to mention that ideally, one should be able to pick the cigar up and take a puff after the ash-standing. Otherwise, it'd be too easy But I'll make an exception for truly creative pics. Oh, and the Tat unicos? A sure bet for for great ash-standing. :thumbs:

Oh, and I think one method for faking long ash (which I have never done) is to stick a bamboo skewer down the cigar.

Don't feel embarrassed about the moontrance, Wilkey. I know lots of girls who smoke them. :sign:

I know just the cigar...stay tuned till Saturday's herf...

Ginseng said:
Yes, my morning smoke was a CAO Moontrance robusto. I can hear the snickering now.
Click to expand...


OK, I'll try it again and post the winning ash stand this week

I think I know just the cigar for this.Let's hope it doesn't let me down.
G

hudsonvalley said:
Don't feel embarrassed about the moontrance, Wilkey. I know lots of girls who smoke them. :sign:

I know just the cigar...stay tuned till Saturday's herf...
Click to expand...

The Titus Pullo of CP

Hello all,
Read this thread just before firing up my very first Ashton VSG ENCHANTMENT - (thanks to a couple outstanding BOTLs).

Never tried this before so it was an interesting attempt. Here we go:

In the standing position:

Very nice, Brew!. The gauntlet has been thrown down most artistically. Keep 'em coming.

Here is my entry!
No smoke or mirrors here!
I was quite surprised this Partagas NC held up this well!
here it is standing in my Stinky I got at the Sclesinger's herf... The cigar was from there too. 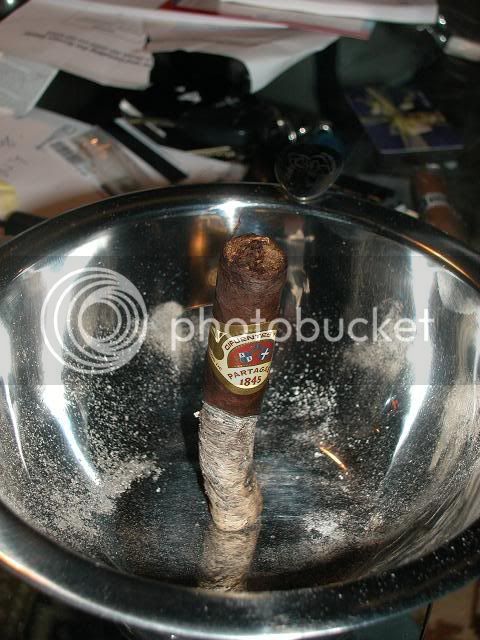 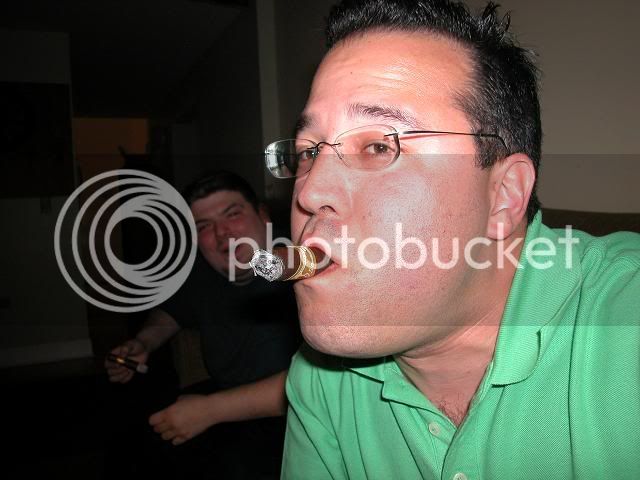 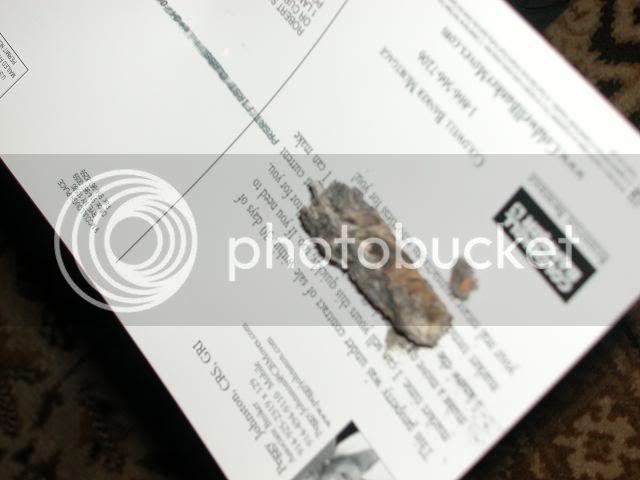 Steve was working on a WOAM to put in the contest... It dropped before the stand though.
I will have to win for both of us then!

Good God! A double pun, and without even trying! :laugh:

You may use a Fuente in this contest provided you send one from the same box to me for inspection and test burn first. :whistling: